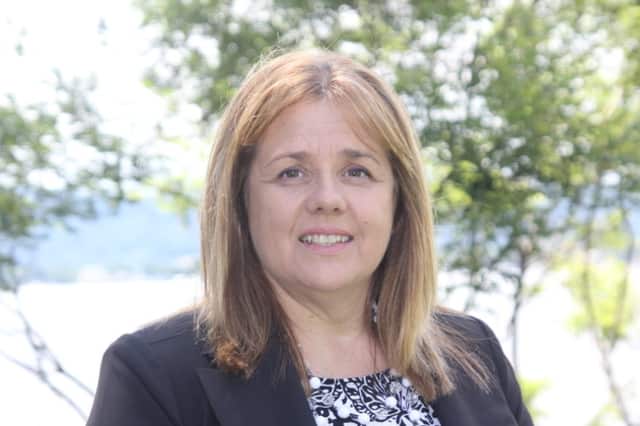 It was an eventful week for Buchanan Mayor Theresa Knickerbocker.

On Tuesday, Knickerbocker was reelected to a third two-year term leading the village where she has lived most of her life on Henry Street. Knickerbocker, running on the Democratic and Resident’s Party lines, outlasted Republican challenger Robert Lupica, 174 votes to 47, according to unofficial results.

On Saturday night, Knickerbocker was sworn-in as the new president of the Lincoln Society in Peekskill at the organization’s 114th Annual Dinner Dance at The Mansion at Colonial Terrace.

“I’ve always been interested in history, especially the Civil War,” Knickerbocker said. “To me, Abraham Lincoln was the best president we have ever seen.”

As for her continuing duties as mayor, Knickerbocker plans on spending the bulk of her time dealing with the impending closure of the Indian Point nuclear power plants, and the loss of $3 million annually, which is half of Buchanan’s operating budget.

“There are different things that are happening. There are many balls in the air. Every option is on the table,” she said. “I don’t want anyone to panic. I’m confident because we’re working on so many things. Most people count sheep in their sleep. I’m counting spent fuel rods.”

Knickerbocker, who served several years as a trustee before being elected mayor, said one option not currently being explored is merging the village with the Town of Cortlandt.

“I’m all in this,” she said. “It’s not a political thing to me. I’m a public servant. This is my home. My family and friends live here. It’s a great community. It’s small-town America.”

Meanwhile, also on Tuesday in the low key election, where about 800 residents were eligible to vote, incumbent Village Trustees Richard Funchon and Nicholas Zachary were re-elected running unopposed, as was Village Justice Jennifer Daly.