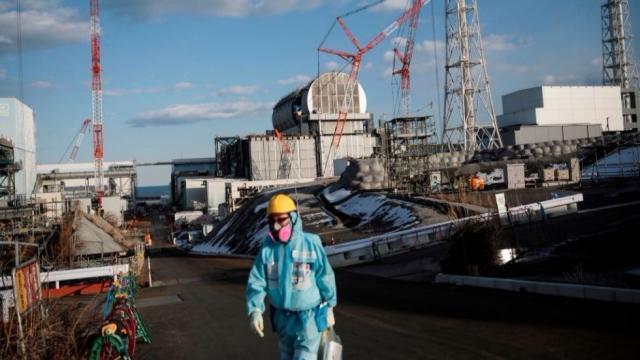 On March 11, 2011, the one-two punch from the Great East Japan Earthquake and the tsunami wave it triggered left workers at the Fukushima Daiichi nuclear plant in Japan powerless to prevent three reactors from melting down. In March 2017, the Japan Center for Economic Research estimated that the cleanup cost could range from $470 billion to $658 billion.

The conclusions Japanese and U.S. institutions made about why the Fukushima facility was so vulnerable to such an accident were strikingly similar. The commission created by Japan’s National Diet concluded that its “root causes were the organizational and regulatory systems that supported faulty rationales for decisions and actions.”

The U.S. National Academy of Sciences (NAS) committee that investigated the accident similarly concluded “that regulatory agencies were not independent and were subject to regulatory capture.” According to the NAS report, regulatory capture is “the processes by which regulated entities manipulate regulators to put their interests ahead of public interests.” It found that the plant’s owner “manipulated the cozy relationship with the regulators to take the teeth out of regulations.”

In response to the accident, Japan established an agency, the Nuclear Regulation Authority. The NRA is not a clone of the U.S. Nuclear Regulatory Commission (NRC), but it clearly is patterned after the U.S. agency, adopting many of its principles and policies to safeguard public health and safety.

Now, in an odd nuclear safety yin and yang, while Japan’s NRA strives to beef up its role as an effective, independent regulator, the NRC is backsliding towards becoming a cozy captive enforcing toothless regulations.

After the 9/11 terrorist attacks, the NRC upgraded nuclear plant security. The upgrades included increasing the frequency of “force-on-force” tests, which determine whether security staff can thwart an assault on a plant. A team of mock intruders visited each operating nuclear plant at least once every three years and simulated four sabotage attempts against the plant’s gates, guards and guns.

The force-on-force tests either demonstrated security was sufficient or identified weaknesses for correction before actual intruders could exploit them. But plant owners complained about the cost, so the NRC has reduced the number of force-on-force exercises from four to one and is even considering allowing the plant owners to conduct the tests themselves.

Plant owners also complain about the high cost of NRC safety inspections and have targeted some of the NRC’s most important inspections, such as of fire protection measures, for replacement with self-assessments.

Nuclear dentistry last year involving the Palo Verde nuclear plant in Arizona removed teeth from regulatory requirements. One of the two backup emergency power supplies for Palo Verde’s Unit 3 reactor blew up during a test. The plant’s NRC license allowed the reactor to continue operating for as long as 10 days with its backup power capability diminished. The repairs would take considerably longer than 10 days, however, so the plant owner asked the NRC for permission to continue operating for as long as 62 days. Despite the fact that NRC safety protocols prevent the agency from even considering requests for longer than 14 days, the NRC not only considered it, it granted it.

Granting the request also contradicted a formal agreement between the NRC and industry limiting how long a reactor can operate with less than the minimum amount of safety equipment specified in its operating license to 30 days. The agreement termed the 30-day limit a safety backstop, but it did not stop the agency from allowing the Palo Verde reactor to operate unsafely for twice that long.

It is admirable that the new Japanese nuclear power regulator is seeking to improve its safety oversight capability. But it is unfathomable that in the United States, the NRC is retreating from the regulatory front. There’s no doubt that uncompromising, effective regulation is not cheap. But Fukushima reminded the world of what was already well-known — that ineffective safety oversight can cost far more.

Americans deserve — and need — the nuclear regulator toward which Japan is striving.