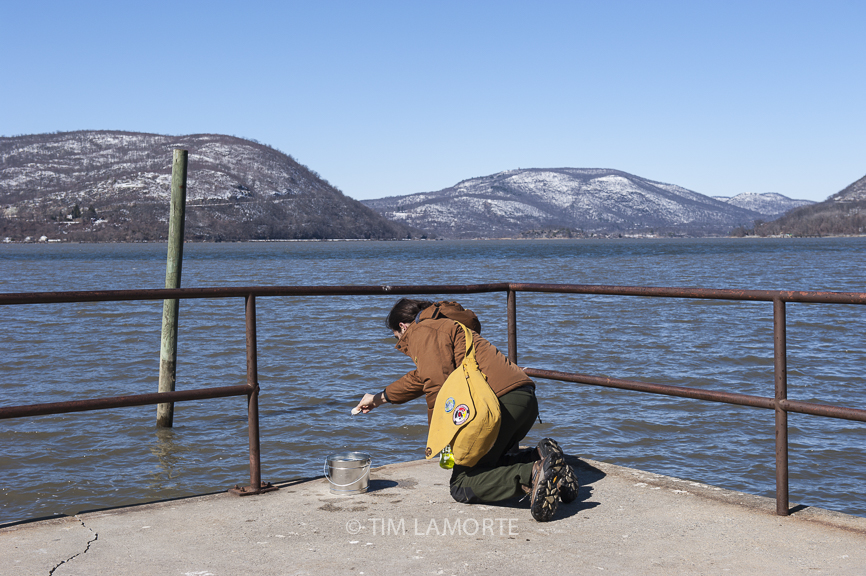 BUCHANAN, N.Y. — On the seventh anniversary of the meltdown at the Fukushima Daiichi nuclear power plant, an annual walk held in memory of that disaster stopped at the Indian Point Energy Center on Sunday, March 11.

Led by Jun Yasuda, a Japanese Buddhist nun, the Water Walk for Life consisted of 11 legs that started March 1 at the Grafton Peace Pagoda, which Yasuda opened in 1993 in upstate Petersburg, N.Y. In addition to New York, the walkers passed trough Massachusetts and New Jersey.

“Each step is a prayer. So when we walk, we pray for the water, we pray for the suffering people, the struggling people,” explained Jim Suriano of Troy, N.Y., who participated in the walk on weekends. He works weekdays in Albany, as a cook at the Honest Weight Food Co-op and as a teacher at Refugee and Immigrant Support Services of Emmaus.

For the final leg, the walkers started at the Cortlandt Metro-North Station, then paused outside a gate to Indian Point, where they placed origami cranes on the pavement.

The walk ended at Peekskill Landing Park, where a Native American water ceremony was led by Anita “Mother Bear” Peters of Cape Cod, Mass., a member of the Mashpee Wampanoag Tribe. During the ceremony, participants used a quahog shell to spoon water from a metal bucket into the Hudson.

“People were putting their thoughts into the water and adding it to the river,” Peters explained afterward. She wore a shawl decorated with her family tree, starting from the year 1580. She was accompanied by her daughter Sonia “Sure Foot” Little, the youngest of her seven children.

Indian Point’s owner, Entergy, announced last January that the plant’s two functioning reactors, which began operation in 1974 and 1976, will shut down in 2020 and 2021. Despite that development, IPSEC remains concerned, especially about the spent fuel that will remain at the site. IPSEC wants a citizens oversight board to monitor the decommissioning.

“Now we’re embarking on a whole new adventure called decommissioning,” said Marilyn Elie of Cortlandt, who coordinated the Fukushima event for IPSEC. “As [the plant] closes, we need a citizens board… because I don’t think that spent fuel is going anywhere, at least not for a very long time.” 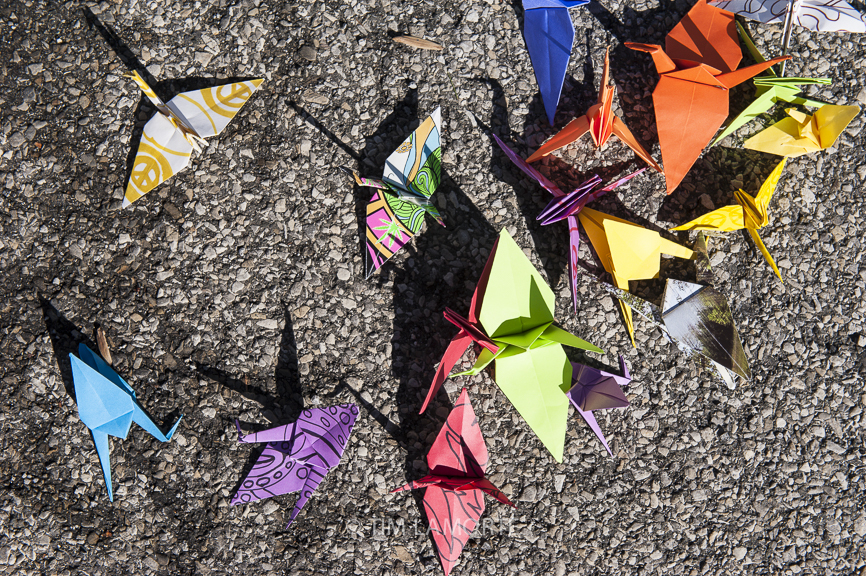 Origami cranes on the pavement outside a gate to the Indian Point Energy Center. 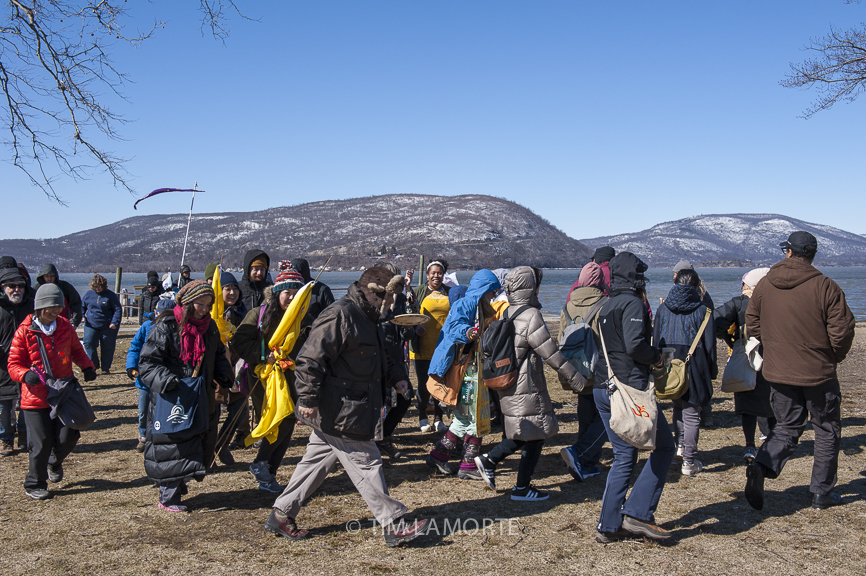