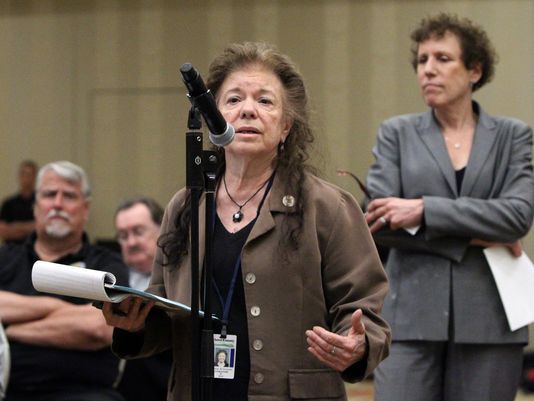 The environmental group Riverkeeper plans to challenge a Maryland company’s efforts to operate a natural gas plant in New York because of its ties to a former top Cuomo Administration aide convicted of bribery, The Journal News/lohud.com has learned.

The move threatens to upend the state’s energy future once the Indian Point nuclear power plant shuts down.

“We’re already preparing to fight the CPV plant over the conviction of Joe Percoco for taking bribes from the operators of that plant,” Gallay said. “They don’t deserve to hold licenses in this state as a consequence of that.”

Gallay said a challenge could include whether regulators properly considered the plant’s potential impact on the climate before giving CPV the go-ahead to build. The plant in Wawayanda is expected to be completed this year. 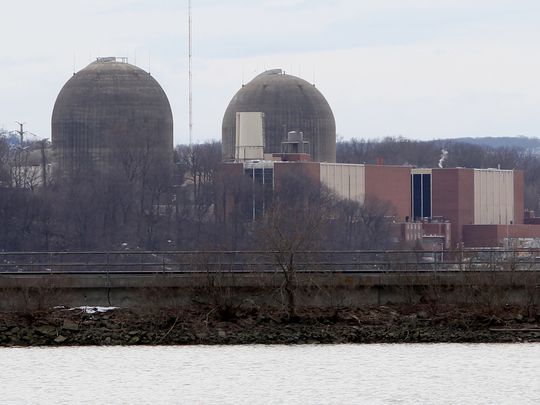 “I think we’re still working on how we’ll bring this out to the public but we’re planning on making our case in the coming weeks with other partners and taking our best shot at taking those permits away from CPV,” Gallay said.

In February, CPV senior vice president Sean Finnerty told jurors at Percoco’s trial he was shaken upon discovering the company was paying $7,500-a-month to Percoco’s wife, Lisa. “You’re scaring the (expletive) out of me,” Finnerty said he told Peter Galbraith Kelly, a former CPV senior vice president, after Kelly insisted there was “nothing illegal” about the payments.

Last month, Percoco, 48, of South Salem, was convicted of conspiring to commit wire fraud and bribery after a six-week trial in Manhattan Federal Court. Jurors were deadlocked deciding whether Kelly was guilty of bribery and conspiracy.

After the verdict, several state lawmakers representing Orange County, among them Assemblyman James Skoufis, D-Woodbury, called on Cuomo to pull CPV’s state permits and launch an investigation into the project’s approvals.

The Cuomo Administration has challenged the expansion of a pipeline that would deliver natural gas to the CPV plant. Earlier this month, a federal appeals court ruled that the state waited too long to ask federal regulators to reconsider a water quality certification permit for the Millenium Pipeline.

“As we have stated from the beginning of this process, the alleged conduct does not reflect who we are as a company or what we expect from our employees,” Rumsey said.

“In the course of our work, we make every effort to ensure we adhere to all applicable ethical and legal requirements,” Rumsey added. “The CPV Valley Energy Center project permits were never alleged to have been obtained in an improper way, nor was any evidence provided suggesting they were. The validity of our project permits has been upheld by state and federal regulators and in state court, and claims to the contrary are without merit.”

Riverkeeper has a history of challenging power plants that produce energy it believes harms the environment. Its decades-long legal battle with Entergy, Indian Point’s owner, contributed to the Louisiana company’s January 2017 announcement that it will shut down the Buchanan plant by 2021. 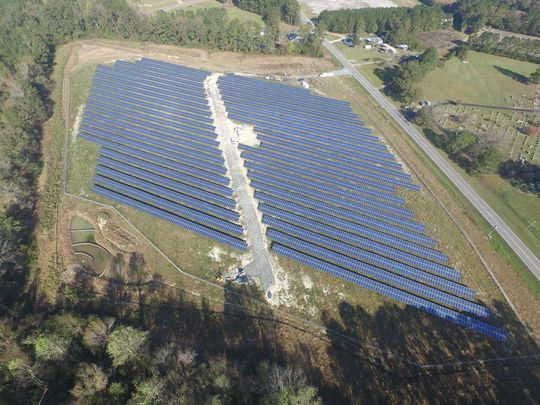 Gallay’s comments come at a pivotal moment in the simmering debate on how to replace the 2,000 megawatts of power Indian Point generates to power homes in Westchester County and New York City.

On one side are environmental groups like Riverkeeper and Hudson River Sloop Clearwater who want the shutdown to usher in an era of increased reliance on renewables — wind, solar and water power — to produce electricity.

On the other are those who say nuclear and gas power will need to stick around for a while to bridge the gap to a future when renewables become more reliable sources of energy.

Among them is industry veteran Phil Van Horne, who heads BlueRock Energy, a Syracuse company that provides natural gas and renewable energy for businesses.

“If you turned Indian Point off and didn’t have the gas plants going, I have a hard time figuring out how you keep the lights on in New York City during a heat wave,” Van Horne said. “If you get a string of hot days, what are you gonna do?”

Karl Rabago, the executive director of the Pace Energy and Climate Center in White Plains, says natural gas plants will be needed after the Indian Point shutdown while the state pursues polices to improve energy efficiencies like LED lights in buildings.

“The best thing we can do now is start building our clean energy capabilities,” Rabago said. “Forge the connections between upstate and downstate, between demand and supply, between today and tomorrow. It will take time, and we will use gas for a while.”

There is precedent for natural gas filling the gap left when a nuclear power plant shuts down.

After Entergy closed its Vermont Yankee Plant in 2014 natural gas-fired generation increased by 12 percent the following year, according to ISO-New England, the nonprofit that oversees that region’s electricity grid. The nonprofit also noted that the shutdown led to slight increase in carbon dioxide emissions.

A December 2017 report by the non-profit New York Independent System Operator, a nonprofit that oversees the state’s electricity grid, framed the debate. 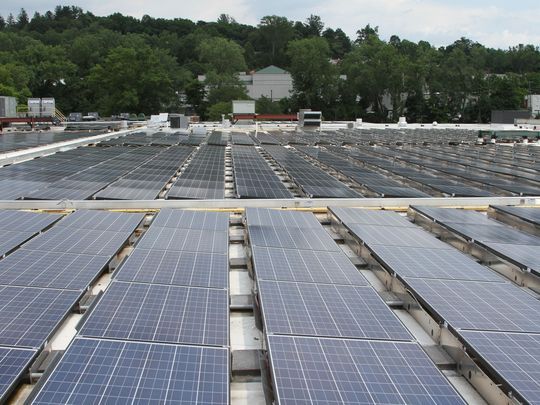 Groups representing the owners of natural gas plants seized on the first scenario.  Environmentalists fixed on a second scenario, which said the gap could be closed by energy efficiencies and different forms of power generation.

“The gas boom is excessive,” Gallay said. “It’s not necessary. It’s coming into the teeth of cheaper renewable energy and a reduced demand for power because of energy efficiency.”

Gallay says technology designed to store renewable power when the sun isn’t shining or the wind isn’t blowing is improving, making it possible for renewables to compete with the cheap price of natural gas in the energy market.

The NYISO report did not mention a proposal for a $2.2 billion, 333-mile underground pipeline known as the Champlain Hudson Power Express that would funnel 1,000 megawatts of hydro-power down from Quebec.

That project remains in the planning stages while the developer, Transmission Developers Inc., tweaks an underground cable route that will pass through several northern Rockland County towns. It is expected to seek full approval by the state’s Public Service Commission later this year.

The debate over how to fill the Indian Point energy gap comes as the state pursues Gov. Cuomo’s goal of having the state rely on renewables for 50 percent of the state’s energy needs by 2030, while reducing gashouse emissions from coal and gas fired plants.

Renewables like wind, solar and hydro-power currently make up a slim portion of the state’s net electricity generation while nuclear power and natural gas lead the way, according to data from the U.S. Energy Information Administration.

And most of the renewable power comes from hydro-power generated by the Robert Moses Niagara plant, the largest hydroelectric plant east of the Rockies.

Farmers are being offered from $1,000 to $3,000 an acre to turn over their property to solar companies.

Central Hudson Gas & Electric, the utility whose region includes the Hudson Valley, has received 85 applications for Community Distributed Generation projects, according to utility figures. The setup allows customers to purchase a share of the energy generated by solar farms for less than it would cost to put a rooftop array on their home.

And the state recently green-lighted 26 large-scale renewable projects – 22 of which were for solar developments.

The explosion has prompted some towns to pump the brakes while they enact laws limiting the size of proposals. The Town of Gardiner, for instance, enacted a law last year that keeps the size of farms to 20 acres or less.

“We’re seeing a fair amount of grassroots resistance to solar,” Van Horne said. “People don’t like the way they look they feel that it’s a bad use of the land. Everyone who’s driving down the road would rather see meadows and trees than solar panels.”

Cypress Creek Renewables, a California company with some 50 solar projects in the pipeline in New York, this week announced a plan to include “pollinator habitats” that would benefit bees and butterflies and other insects vital to the state’s food supply with each of its arrays.

“Of course there are those who have expressed some level of skepticism, which is understandable,” said Cameron Bard, a former Cuomo Administration official who heads leads Cypress Creeks’ efforts in New York. “The onus is on us to demonstrate a project’s local benefits and our commitment to the communities we serve.”

“For those folks they need to really understand that we can’t afford that luxury anymore,” Greene said. “As human beings who consume a lot of energy I don’t believe that we can afford to be put aesthetics ahead of function.”

State officials, meanwhile, have been busy working with local communities to ease the way for renewables.

“Developing clean-energy resources is critically important to help mitigate the impact climate change is having on our environment and our communities, and we are committed to a process that helps the state meet its clean energy objectives,” said James Denn, a spokesman for the Public Service Commission.