Could Indian Point be next nuclear power plant up for sale? 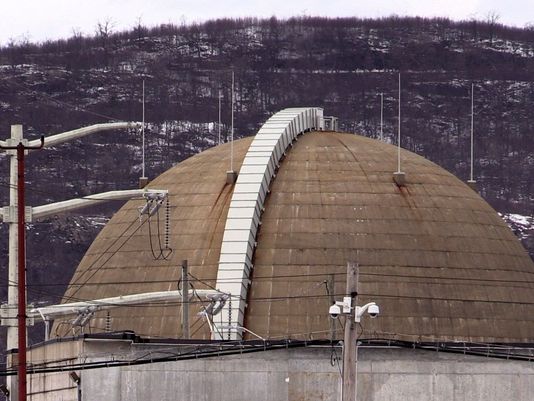 The sale of nuke plants in Massachusetts and Michigan could foreshadow Indian Point’s future and unions once pushed for a role in its decommissioning.

Entergy spokesman Jerry Nappi declined to say if the Louisiana-based company plans to sell the Buchanan site after the plant shuts down in 2021, but would not rule out the move.

“Entergy will consider all potential commercial possibilities for Indian Point, including sale and transfer to a company that specializes in decommissioning,” Nappi said. “We have no announcements to make at this time related to Indian Point.  Indian Point is currently focused on safe and reliable operations through April 2020 for Unit 2 and April 2021 for Unit 3.”

Entergy announced in January 2017 that it would close Indian Point, a move long sought by environmental groups as well as Gov. Andrew Cuomo, who cited the dangers of operating a nuclear power plant so close to a densely-populated region.

Officials in nearby towns are hoping the shutdown happens sooner rather than later so the 240-acre site can be opened up to development and they can recoup the millions of dollars in property tax revenues that will be lost. The village of Buchanan, the Town of Cortlandt and the Hendrick Hudson School district stand to lose a combined $32 million in annual tax revenues. 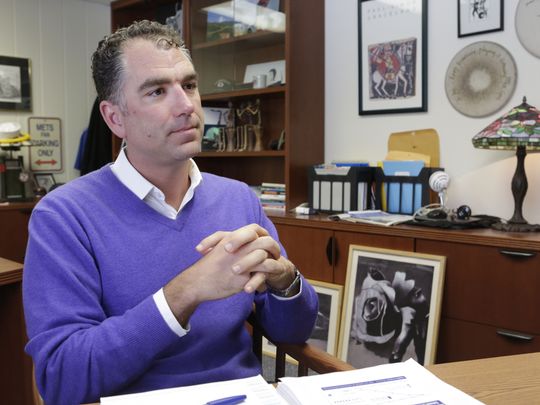 A report prepared by a state task force in May said some 118 acres of the site could be opened to development while the dismantling proceeds. But such a move would require the approval of Entergy as well as the Nuclear Regulatory Commission (NRC).

But in recent years, as more than a dozen nuclear power plants have announced plans to close, firms like Holtec and NorthStar have jumped into decommissioning, promising quick turnarounds.

In the case of Pilgrim, Holtec would begin decommissioning in 2020 and wrap up the work in eight years, Entergy officials say.

Palisades is slated to shut down in the spring of 2022 when the timetable for its dismantling would be announced. In both cases, spent nuclear fuel will be moved into cement casks on the site within three years of the shutdown, Entergy says.

“Transferring our Pilgrim and Palisades plants to Holtec, with its vast experience and innovative use of technology will lead to their decommissioning faster than if they were to remain under Entergy’s ownership,” said Leo Denault, Entergy’s chairman and CEO.

While these will be Holtec’s first decommissionings, the company has years of experience with dry cask storage on nuclear power plant sites, including Indian Point. The work will be carried out by Comprehensive Decommissioning International, a newly-formed Holtec subsidiary based in Camden, New Jersey.

Holtec currently has an application pending before the NRC to operate the nation’s first interim storage facility for nuclear waste in the New Mexico desert.

“We intend to deploy cutting-edge technologies to carry out the deconstruction of the plant structures with minimal impact on the environment and maximum personnel safety, which are our core competencies,” Holtec president Kris Singh said in a statement accompanying Entergy’s sale announcement. “As a growing company, we look forward to exploring employee opportunities for Entergy employees dislocated by the plant’s decommissioning.”

The decommissioning of Pilgrim and Palisades will include the dismantling of reactors and cooling towers, while spent fuel assemblies will remain on each site in cement casks until the federal government can develop a site to store the nation’s nuclear waste.

The Trump Administration, led by Energy Secretary Rick Perry, has called for reopening the licensing process to designate Yucca Mountain north of Las Vegas as the underground repository for the nation’s nuclear waste. Earlier efforts to designate the site stalled amid opposition from Nevada officials and the Obama Administration.

When Indian Point is shut down, some 4,000 spent fuel assemblies will be stored in 125 steel-reinforced cement casks on the property, according to a state consultant’s report.

In January, more than 300 Indian Point workers — among them chemists and maintenance personnel — authorized a strike by their union, the Utility Workers Union of America Local 1-2. Among the sticking points was whether workers would have a role in the plant’s decommissioning. In late January, the two sides agreed on a four-year deal.

Pilgrim and Palisades each have a workforce of 600. Both began generating electricity in the early 1970s.