JOSH FOX IS COMING TO A TOWN NEAR YOU! AND IT IS NOT A MOVIE

IPSEC is co hosting the workshop performance of the new play by Josh Fox on Tuesday, August 14. It’s playing as part of the Movies That Matter series organized by Joyce Hanson.

Come to the First Presbyterian Church of Beacon to see this new work. The church is located at 50 Liberty Street near McKinley Street in Beacon, NY. Doors open at 6:45 PM.

After the show we hope to have a dialogue with the different groups that are present. We are stronger in coalition, let’s see what we can all do together! There are two tables for information and petitions that we can all share. Bring a small amount of your best material to display and give away.

Hope to see you there! 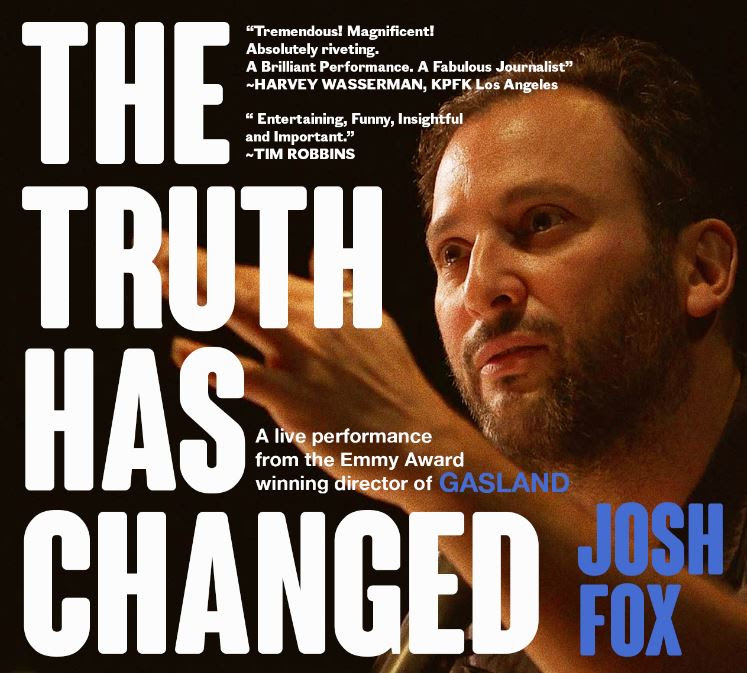 Previous postCunningham’s Corner - Light’s Out? Next postInformation on a Climate Action Town Hall