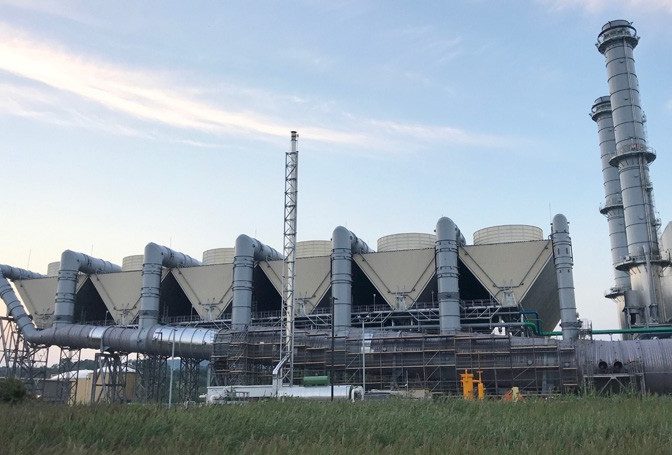 Last week, I referenced the 1948 classic movie, Mr. Blandings Builds His Dream House, in which the real estate agent was finally going to unload “the old Hackett place.” As the laconic description continued, “He knows a sucker when he sees one. He sees one.”

Of course, the Hackett place was unloaded to the unsuspecting apartment dwellers from New York City (Cary Grant and Myrna Loy), and the movie was off and running. In other words, their troubles had just begun.

I think perhaps our troubles have just begun regarding Indian Point. You can make, I think, a reasonable case on either side regarding Indian Point. Clearly, the case for closing the plant is compelling, very much so – two working nuclear reactors, on the shore of America’s finest river, a few dozen miles from New York City and its millions of people. Is this wise? As I said, compelling.

But I don’t think you can make the case for being careless with replacement power supplies, power that would take up the deficit when Indian Point goes off-line. Alas, that is precisely where we are. Last week, New York state and its Department of Environmental Conservation denied a needed permit for the Competitive Power Ventures Valley Energy Center, just outside Middletown (that’s in Orange County; you can see the plant easily from Interstate 84). The DEC, the state’s environmental regulator, said the plant first needed a federal Title V permit from the EPA, a permit that allows for more public input before the decision.

This not merely a bureaucratic issue. CPV would have kicked in 680 megawatts to the grid, easily accessible because the Marcy South transmission line is nearby. That is roughly one-third of Indian Point’s 2,000 megawatts.

And the time clock is running. The Indian Point closure was announced, to much fanfare, in early 2017. Unit 2 is to shut down by April 2020, and Unit3 a year later. State Sen. Terrence Murphy seems to make a compelling case that the region’s utilities, particularly NYSEG, are already stressed. “NYSEG can barely keep the lights on when the wind blows,” he said last week, referencing the many outages whenever there’s a storm, and sometimes when the sun is shining and there is no obvious reason at all for the lights to go out.

He elaborated: “The continued failures of NYSEG further call into question assumptions made by the Indian Point Closure Task Force that our transmission infrastructure is in any shape to provide electricity reliably once the plant closes, which is our only contingency plan for the denial of CPV.”

In other words, transmission upgrades to bring power from elsewhere are to provide some of the Indian Point replacement power. Hydropower from Canada is one key source, but the line for that, the Champlain Hudson Power Express, isn’t due to be finished until 2021-2022.

Of course, Murphy’s argument is strongest regarding the many failures of NYSEG, which serves Putnam Valley and the rest of the county. We are fortunate, here, to have Central Hudson as our supplier. But his argument regarding replacement power remains valid, NYSEG or no.

Please understand that I am not, necessarily, making a case for the CPV plant. It’s tainted by corruption (a former top aide to the governor, Joseph Percoco, was convicted in March of soliciting bribes from the company in the form of a highly paid job for his wife that entailed little work; the CPV link was a central part of the corruption trial). And, it is to burn fracked gas from Pennsylvania, which many in New York oppose using, including many in Philipstown.

Meanwhile, this new power plant sits unused just yards from Interstate 84, with parts of its infrastructure covered by tarps – yes, I kid you not, tarps, after years of around-the-clock construction. We still need adult leadership on this power supply question, and we need it pronto. Conservation, unbuilt transmission upgrades and wishing are not going to make up the power supplied by Indian Point. Murphy is right that NYSEG can barely keep the lights on now. Think about this week’s 90-plus temperatures. Then, think about them without air conditioning.

The reason for the power outages Senator Murphy cites have nothing to do with a power shortage and everything to do with improper line maintenance. Trees falling on power lines basically. No amount of excess power will fix this problem. The solution is much simpler solutinvolving saws and chippers.

We have a surplus of power even with CPV closed, and that closure is in no way final.   It is hard to imagine that they won’t reapply and get the air quality permit they need. Even if they don’t it is no big deal.  Counting megawatt for megawatt is old fashioned, rather quaint conceit.  It is not the way to measure what our grid needs.

Please read the December 17, 2017 New York Independent Operators analysis of what we need. While Senator Murphy references this report his conclusions are in grave error. NYSIO concluded in this thorough look at the need for future power that all three of the new gas generated plants could go off line and only 100 megawatts would be needed by 2021.

You do not have to replace generation with generation.  You can included demand response, conservation, efficiency, and transmission improvements.  There is more but my 500 words are surely about up.  I do have substantiating facts and figures, including the 2012 Indian Point Replacement plan.  If you are interested let me know and I will gladly send them to you. When NYISO is worried about generation, I will worry – that is their job and they are good at it. Until then, there is no problem.

The most important thing connected to Indian Point right now is the passing of legislation to establish a Citizens Advisory Board.  I can send you the draft legislation if you are interested.

Previous postNote from Marilyn Elie Next postJOSH FOX IS COMING TO A TOWN NEAR YOU! AND IT IS NOT A MOVIE