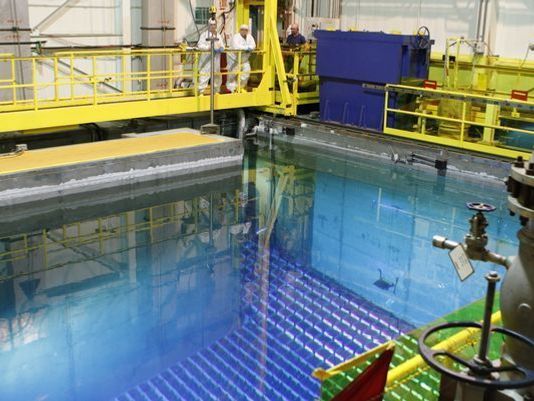 Work to replace the fuel rods at Indian Point 3 as well as the replacement, refurbishment and testing of equipment is underway as part of routine maintenance of the nuclear reactor in Buchanan on Mar. 20, 2017. (Photo: Ricky Flores/The Journal News)

The crack of gunfire echoing out of the Indian Point nuclear power plant tonight won’t be the real thing.

Indian Point’s security team will be conducting counter-terrorism training drills at the Buchanan plant, complete with laser “bullets” that mimic the sound of actual gunfire.

“During the drills, persons near the site may hear the sound of simulated gunfire as participants carry out the training,” Indian Point’s owner, Entergy, said in a statement.

AGE DISCRIMINATION: How do you know if you are a victim?

The company has notified local law enforcement that security guards will be testing out its Multiple Integrated Laser Engagement Systems (MILES) gear tonight.

The system, which is designed for military and counter-terrorism training, includes laser-detection equipment that duplicates the sound of live ammunition, Entergy officials say.

The plant’s Unit 3 reactor resumed generating power Monday after a nine-day shutdown caused by a water leak in a backup cooling system.