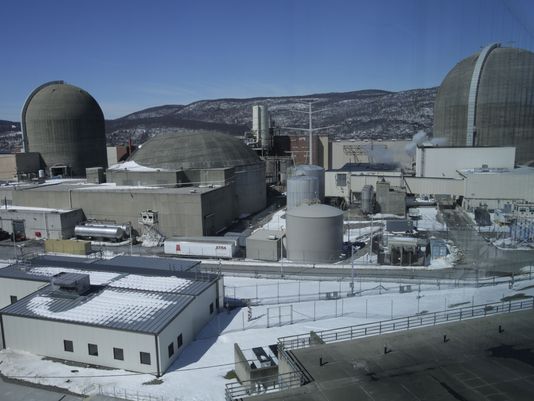 Work to replace the fuel rods at Indian Point 3 as well as the replacement, refurbishment and testing of equipment is underway as part of routine maintenance of the nuclear reactor in Buchanan on Mar. 20, 2017. (Photo: Ricky Flores/The Journal News)

“The plant responded as designed and our resident inspectors currently have no safety concerns with plant response or operator performance,” Sheehan said.

It’s unclear when the reactor will resume generating power.

The nine-day shutdown was prompted by the presence of boron – white powder residue formed when boric acid dries – in Unit 3’s safety injection system, which was evidence of a water leak. Boron is added to water to control reactivity in a nuclear reactor.

The safety injection system acts as a backup cooling system.

Unit 3 is slated to be shut down in 2021, one year after Indian Point’s other working reactor – Unit 2 – is powered down.

On Monday, the NRC said it had renewed licenses for both reactors.