What’s Next for Indian Point? 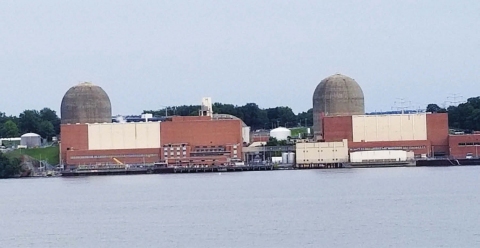 Like many aging nuclear reactors, Indian Point, which has defined the Town of Buchanan for 40 years, was caught up in declining electricity prices and declining demand when its owner, Entergy Corporation, decided to shut the plant. In addition to lower revenues and costly upgrades, Entergy was facing an expensive court case plus hearings before the Atomic Safety and Licensing Board. In 2017, after high-level negotiations, the environmental organization Riverkeeper and New York’s attorney general agreed to drop proceedings against Entergy, and the corporation announced it would close Unit 2 in 2020 and Unit 3 in 2021.

Now that Indian Point is closing, the next step is cleaning up the mess. Decommissioning a nuclear reactor is a huge, potentially dangerous process. With any big deconstruction job, contractors and owners may be tempted to cut corners and maximize profits. Supervision from authorities may be lax. The primary concern of the Nuclear Regulatory Commission (NRC) is what happens inside contaminated buildings. The state task force on Indian Point will disband when Unit 2 closes. Cortlandt established a local task force, but its purview is mostly replacing lost tax revenue. So who will watch the store?

Needed: A Citizens Oversight Board

We need a legislated oversight board of knowledgeable citizens representing all the stakeholders involved in closing Indian Point. A Citizens Oversight Board could keep up with the cleanup process, translate reports from the decommissioning company and the NRC into plain language and hold public meetings. Then it could make recommendations to help protect people and the environment from exposure to the high-level radioactive waste that will be stored at Indian Point for decades. There are about 1,500 tons of high-level radioactive waste at Indian Point from the many fuel assemblies used to power the reactors. This waste will be deadly for 240,000 years. That’s how long it takes for the plutonium to decay. Most of the used fuel assemblies remain in the fuel pools at Units 2 and 3. Some are entombed in steel canisters inside massive concrete pillars sitting on a concrete pad on the property. The closing agreement stipulates that Entergy will put all of the used fuel assemblies into dry-cask storage, a decades-long process. There is nowhere else to send this waste material. No community wants to accept it, and transporting it is dangerous. We created it and enjoyed its benefits, and now it’s ours to keep.

Who pays for all this, and who’s in charge? No one knows if the decommissioning fund, which ratepayers have long contributed to through their electricity bills, will be enough. How the contractor will spend that money is an open question. During a decommissioning in Vermont, Entergy was using it to pay taxes, not for cleanup. A Citizens Oversight Board could help oversee the expenditures and keep the public informed.

While people tend to assume that the NRC will be in charge and enforce standards during cleanup, its supervision will be limited to the interior of contaminated buildings. The Environment Protection Agency will be involved, although given the cut backs in regulations, it’s hard to know how effective their oversight will be. Based on computer modeling, the casks could last 300 years or less. What happens after that is unknown. A Citizens Oversight Board—composed of community members—could track all this, make sense of the varying standards and requirements, and report back to the public as well as various levels of government.

This fall, the Indian Point Safe Energy Coalition (IPSEC) will present state legislators with a proposed bill to establish a Citizens Oversight Board. The draft legislation is online at ipsecInfo.org. Many of our legislators aren’t familiar with this idea yet. They need to hear from people in their district.

You can support this effort by contacting your state legislator. There’s a list of elected officials at Elections.ny.gov. Find your state senator or House representative, and then go to his or her website and leave a note, send an email or, best of all, call and speak to a staff member. Let them know how important this issue is. Ask for their support and their vote for a Citizens Oversight Board.

Marilyn Elie is co-founder of Westchester Citizens Awareness Network and a member of the Indian Point Safe Energy Coalition, a coalition of grassroots and environmental organizations in the Hudson Valley dedicated to the closing of Indian Point and its safe and timely decommissioning.