An Act of Civil Disobedience 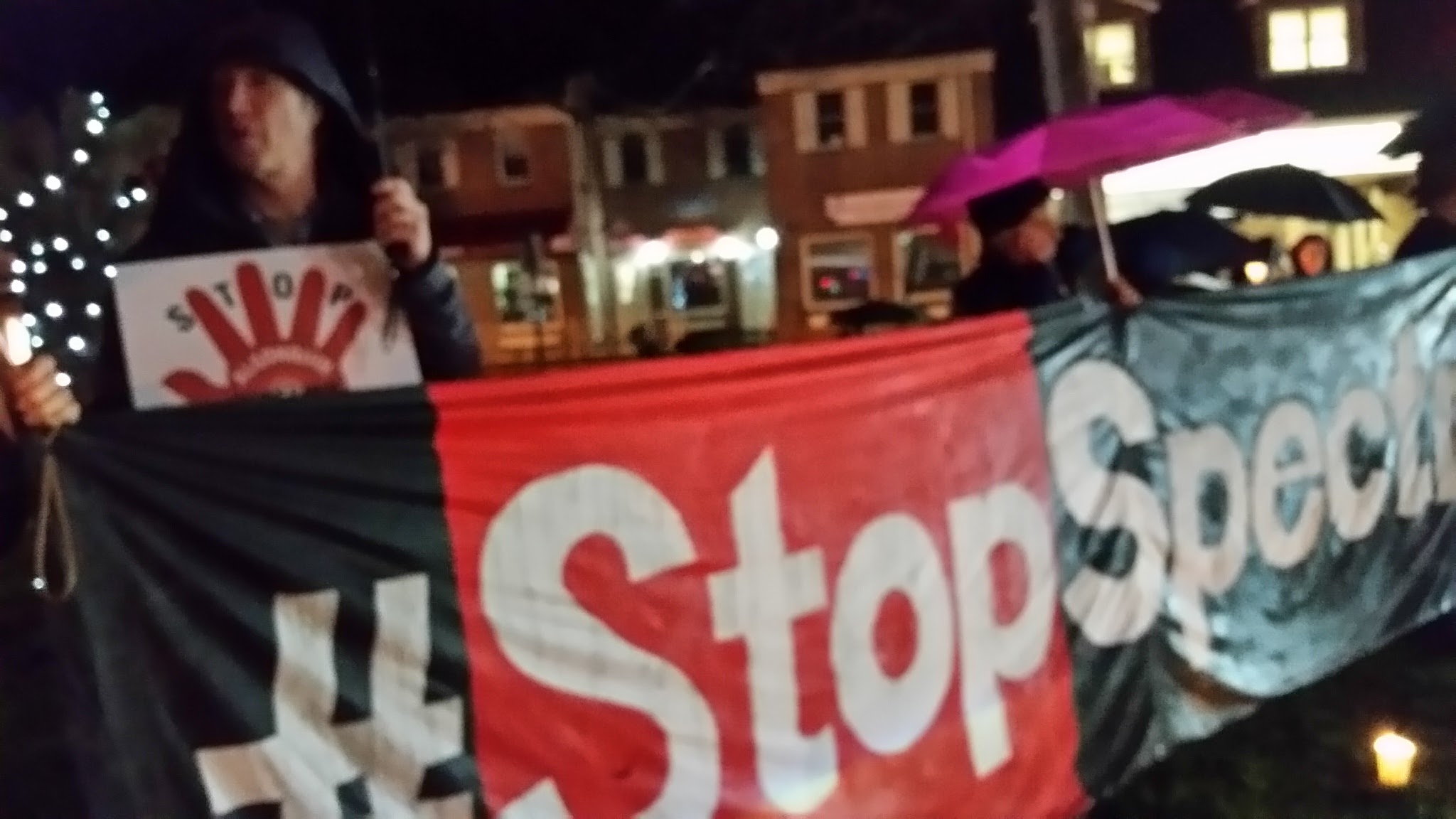 On October 10, 2016, several of us climbed over the fence surrounding the Spectra pipeline construction adjacent to the Indian Point nuclear power facility on the banks of the Hudson River in Cortlandt Manor, New icYork.

The purpose of our civil disobedience was to delay the placement of 42-inch diameter pipes under the Hudson River 105 feet from Indian Point.  The pipes were designed to carry pressurized fracked gas from Pennsylvania shale fields through New York, Connecticut and Massachusetts to the New England coast for export.

SANE Energy Project’s mission is to replace fracked gas infrastructure with community-led, sustainable energy. Many of us had attended meetings of the Federal Energy Regulatory Commission (FERC) in hope of averting Spectra’s plan. Local elected officials had spoken out against the pipeline, and we wrote, called and visited the offices of Senators Schumer and Gillibrand and Governor Cuomo, to no avail.