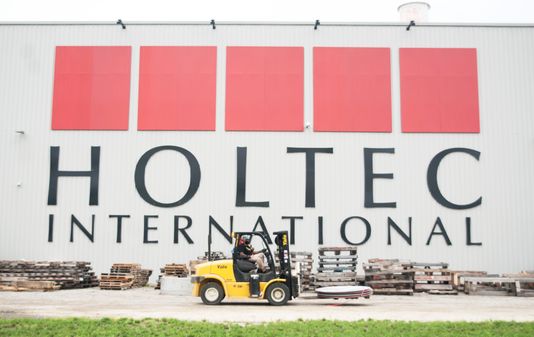 CAMDEN – Holtec International is looking to buy up nuclear plants in order to take them down.

But environmentalists and elected officials have expressed concerns over the company’s plans to decommission nuclear plants across the country and to store thousands of tons of radioactive waste at a proposed facility in New Mexico.

A joint venture, based at Holtec’s campus in Camden, would decommission the plant and restore its Cape Cod site.

Similar projects are planned at two nuclear facilities in Michigan and a third in South Jersey.

Holtec has said radioactive waste from Pilgrim and other U.S. nuclear plants could be moved to a storage facility it’s proposed for a 1,000-acre site in an isolated area in southeastern New Mexico.

The underground facility, with an estimated construction cost of about $182 million, initially could hold up to 8,680 metric tons of used uranium fuel for at least 40 years, according to Holtec’s application to the U.S. Nuclear Regulatory Commission. 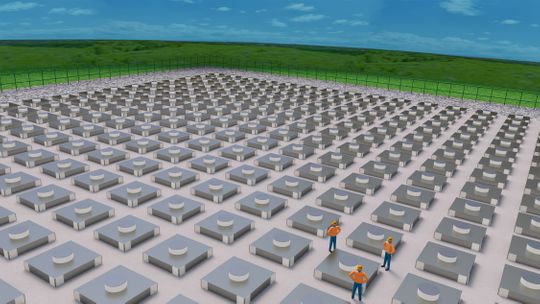 Holtec International has proposed an underground storage facility in New Mexico that would hold radioactive waste from nuclear power plants across the country. (Photo: Photo provided)

The environmental groups “are concerned about the health, safety, transportation, financial and environmental-justice aspects of storing high-level radioactive waste that would impact thousands of generations to come,” according to the Sierra Club’s Rio Grande chapter.

A Holtec spokeswoman said Monday the planned facility will employ “the most secure and safest technology.”

Joy Russell, the company’s chief communications officer, also said the firm’s storage system “provides the utmost protection to the environment and superior radiation shielding for workers and the public.”

Officials in Massachusetts also have expressed concern over the Pilgrim project.

“I am concerned that Pilgrim appears to be Holtec’s first full decommissioning effort,” U.S. Sen. Edward Markey, D-Mass., said in a statement after the proposed sale was announced in August.

In an Oct. 1 letter to the Nuclear Regulatory Commission, Markey said the agency “must carefully assess whether (Holtec’s) timeline is achievable in a safe and secure manner.”

In Camden, Russell said the joint venture with SNC-Lavalin, a Canadian engineering firm, offers “a depth of experience in (the companies’) respective skill sets.” That background includes “proven nuclear decommissioning capability” for SNC-Lavalin, she said.

In a separate letter to Holtec CEO Kris Singh, Markey and a Massachusetts congressman, William Keating, noted “it could be inappropriate” if any Holtec subsidiary acquires assets from the Pilgrim site, “including the sale of spent fuel.”

According to Holtec, its approach will allow each plant to be decommissioned within an eight-year period, decades sooner than if the plants’ current owners pursued the work themselves.

Holtec has said it will use funds from the power plants’ decommissioning trusts to cover each project’s costs. Pilgrim’s trust held just over $1 billion at Oct. 31, according to Holtec. 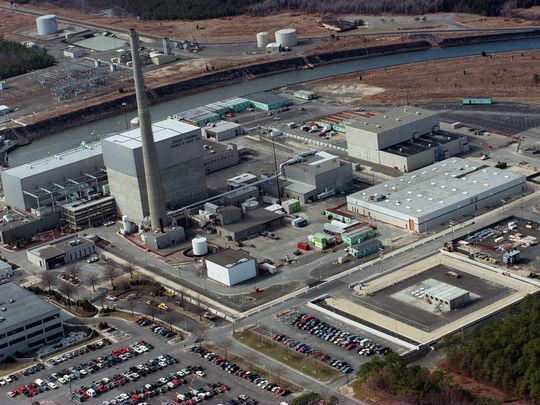 Holtec also is requesting NRC approval to buy the Pilgrim plant from Entergy, an electricity producer that plans to shut down the facility by June 2019.

A Holtec subsidiary has also agreed to buy Entergy’s Palisades plant in Covert, Michigan, which is to shut down by spring of 2022. It plans to acquire a fuel storage facility at the already-decommissioned Big Rock Point power plant near Charlevoix, Michigan.

Subsidiaries of Entergy, a Louisiana-based firm, are expected to receive “nominal cash consideration” for the property transfers, according to the companies.

Holtec in July announced an agreement to buy the Oyster Creek nuclear power plant in Lacey, Ocean County. That facility was closed in September by its owner, Exelon.

The sale is expected to close in next year’s third quarter.